The first time I tried this app (invisible drivers on Mac/PC & app on iOS) it just flat out refused to work. An associate also failed to get it working. I requested & received a refund from Apple.

Make sure you use the Pro or HD version of EpocCam on the iOS store, it costs $13. If you get the ordinary app you can select the update path from that version.

However, last week, another friend mentioned it worked for him, so today I tried it again. First, open the app on the phone & select your connection method. You can choose between wifi, USB or NDI (Network Device Interface). You can choose different video bitrate per pixel between 1.0 & 10, the default being 3.0. As the bitrate per pixel increases or decreases, the bandwidth increases, from 2 Mbps at 1.0 per pixel to 19.8 Mbps at 10 per pixel.

Then open Zoom & select EpocCam in the Video Settings section of Zoom.

Make sure you have quit using EpocCam Viewer app on the Mac. This is why I failed to get it working that time a few months ago, I thought I had to be using the a dedicated Mac app. Instead, the Mac uses the drivers downloaded from here: https://www.kinoni.com.

Once connection has been made over wifi or USB, make sure to swap from the iPhone's rear iSight camera to the front FaceTime camera. The control for that is in the top right corner of the phone's display.
Note: EpocCam only works in landscape orientation. EpocCam also works in Skype & QuickTime X.

There are hardware issues involved. All plain iPads (including current 7th gen), Minis prior to the current 5th gen, 1st & 2nd gen Airs, iPod Touches "feature" 1.2 MP FaceTime cameras. Therefore, with the FaceTime camera selected the experience is horrible unless the rear camera is used. 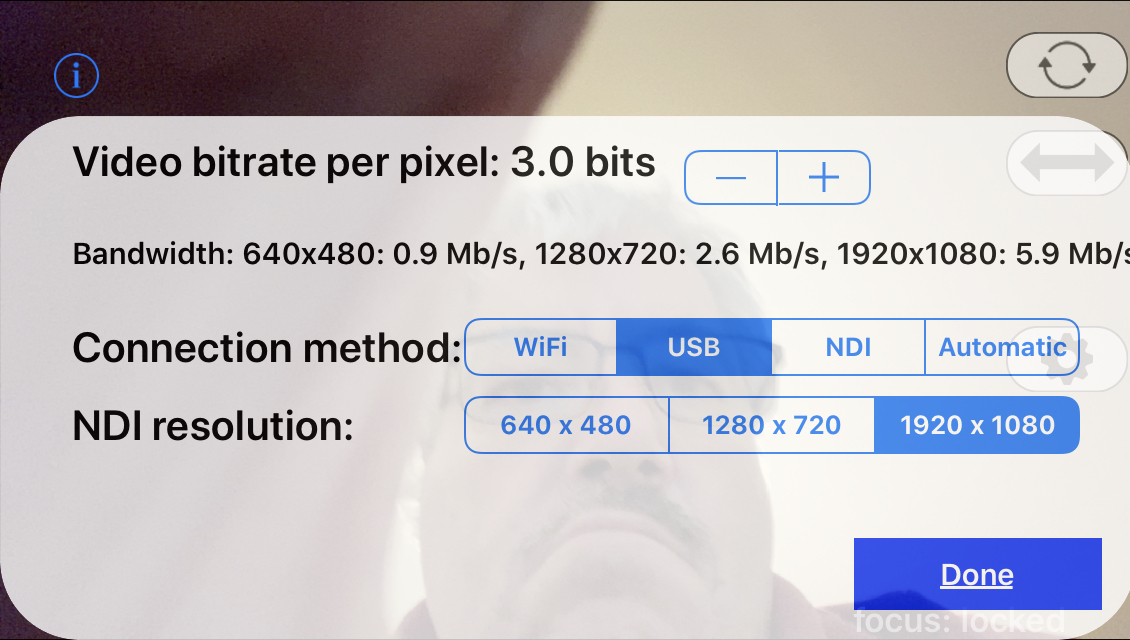